"I often sit and wonder, who might have also stood in this room. I'd love to look back 300 years and see…"

Clues to the immense history of this outstanding home come in the form of the initials etched on the gable tie-ends, "T.C." for Thomas Coke of Holkham Estate. This is Manor House, Bintree, a grade II listed property, described in detail in Pevsner's Norfolk Volume of the Buildings of England and has a legacy dating back to the 17th century. It was part of vast land-holdings in Norfolk acquired by Sir Edward Coke, Lord Chief Justice to James I. The Manor remained in the Coke family until 1968, eventually sold off by the 6th Earl.

Today, it is none-the-less endearing; on passing the gates the driveway sweeps around a statement natural pond, glistening in front of the on-looking six sash windows. Roaring fires ensure the manor is both cosy and elegant throughout. Visitors delight upon discovering a secret door in the library, designed by John Simpson, the architect who created the Queen's gallery at Buckingham Palace.

But it's outside, where flowers and a large vegetable garden flourishes, that a retreat is waiting to be discovered. The former ice-house and attached party room, now a sanctuary among the greenery, glows on a cool winter's night, a fire-place crackles soothingly. As the seasons change the doors are flung open and a summer's breeze flows through while the melody of friends reminiscing inside floats on. This walled garden was landscaped and designed by the late Anthony King Deakin.
That flow is apparent from the moment you step through the central front door. A red brick Georgian frontage was added to the property as it evolved with the times.

Stepping inside an elegant reception hall welcomes you into the home, both the dining room and drawing room offer views onto the front grounds. Whether cooking for family in the large kitchen/breakfast room, fetching a bottle to share with friends from the cellar beneath, or soaking up a moment of solitude with a morning coffee in the courtyard, this is a home which calls to be lived in.

Another fire roars in the library, formed in the 17th century part of the house. It's Gothic Revival style, the sun shines through French doors with views of the walled garden, and intricately hidden among the books, is a secret door handle.
What at first appears as a bookcase, swings open. Step through, and enter into another wing of the home. A further sitting room, dining room, kitchen, cloak room and shower room are discovered - the perfect space for guests or multigenerational living.

Upstairs, a doorway connects the two wings, with potentially sum total of six bedrooms and three bathrooms. Two of these bedrooms are currently purposed as generously proportioned dressing rooms, but could be easily reconfigured to suit differing requirements.

The guest cottage, also known as Blacksmith's Cottage, which offers a sitting room, two bedrooms, kitchen and bathroom. To date it has been a successful holiday let.

Outside, an extensive 11.53 acres (STMS) has been elegantly divided to enjoy in different ways with glorious Southerly views over the grounds and countryside beyond. Perhaps most captivating is the former ice-house with its adjoining party room - now a tempting space to enjoy in solitude or with friends.

Discovered in the walled garden, the sun glistens through the glass and warms the room on a clear day, a crackling central fire makes this cosy in winter weather. This is a space to soak up the outdoors year-round… and the surrounding landscaped garden calls to be adored. The gardens were illustrated in an article in English Gardens, in 2002. Landscaped by the late Anthony King Deakin.

Beyond, tennis courts, a swimming pool, red brick barn, stables, feed store, tack rooms, paddocks and meadows are waiting to be explored - and with huge potential to further enhance. Manor House has been lovingly restored and maintained throughout with a sympathetic and 'purist' approach. It is genuinely one of best family homes of this stature we have had the joy of finding new custodians for.


BINTREE Situated near Guist, 10 miles south of Holt and just 13 miles from the north Norfolk coast, Manor House is a home which soaks up all the elements of Norfolk living.

"Burnham Market and the historic North Norfolk coast is just a short drive - and such a picturesque drive too! We really have everything close by."

With a population of just over 300, Bintree is a small village surrounded by idyllic Norfolk countryside.

Bintree Wood, just a stroll away, is a haven for wildlife. Buzzards, kestrels, common darters, admirals and commas await to be spotted. In autumn, keep your eyes peeled for the forest fungi, including the colourful fly agaric. With walking trails and a range of paths it offers the perfect place to explore the changing landscape throughout the seasons.

After a morning walk, it's time to pick up supplies. Algys Farm Shop offers a plethora of seasonal fresh home grown produce and other goods locally sourced. Daily deliveries of bread, meat, fish and milk are available throughout the year. Seasonal specialties keep the offering exciting, from home-grown asparagus, local soft fruits, to pumpkins and Christmas trees. A secluded outside area offers picnic tables, surrounded by meadow flowers, trees and our bird feeders. A lovely area to relax and eat or drink before returning home.

For Sunday lunch or an evening tipple the award winning Brisley Bell is close by. With it's host of industry awards it is one of Norfolk's most popular haunts.

For families, there are excellent schooling facilities locally and in the City of Norwich with its train station and City airport providing efficient links to London and worldwide.


AGENT'S NOTE This is a freehold property. 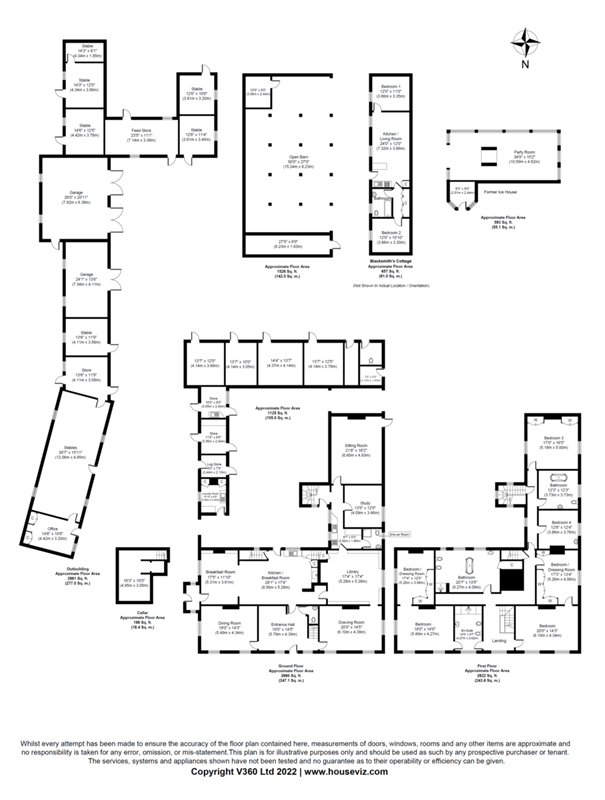 No EPC available for this property

We offer an exclusive deposit-free scheme to landlords through our trusted partner, flatfair. This scheme offers landlords up to 12 weeks’ protection from damages and rent arrears - double that of a standard tenancy deposit - as well as faster payouts and fewer voids. The scheme is optional for both landlords and their tenants, and you may list one or all of your properties with this deposit-free option. For more information, contact your dedicated agent.

Rent collection
60% of the first month rent (set up cost) plus 7.2% of the monthly rent

Tenant find only
100% of the first months rent (single payment)

Additional fees that may be charged:Tenancy agreement renewal - £105.00

A quarterly fee deducted from the rental income following the HMRC quarterly return (full management and rent collection only)  -  £120.00

An annual fee deducted from the rental income following the HMRC annual return (full management and rent collection only)  -  £60.00